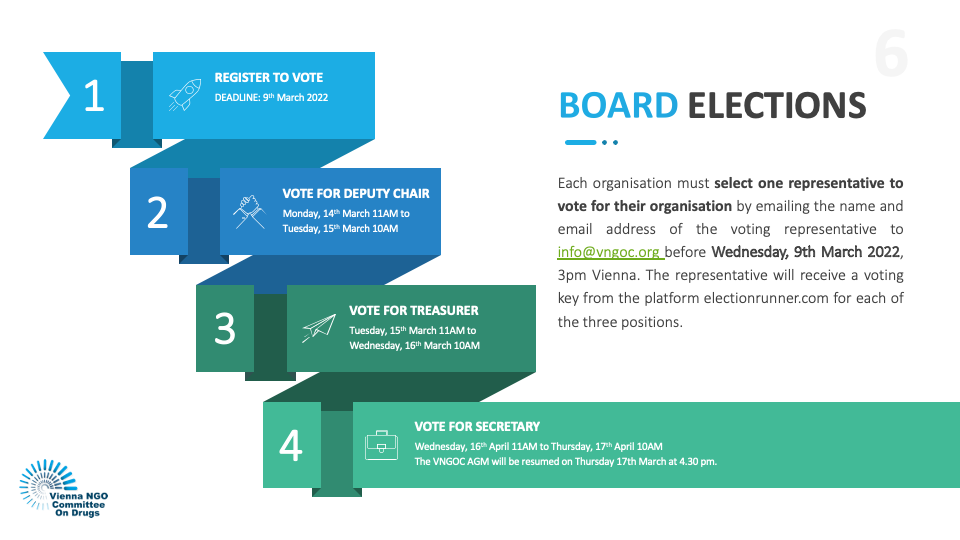 The full list of eligible candidates for the VNGOC Board Election as well as details on the voting procedures are now available.

The VNGOC nominating committee has examined all applications received to ensure eligibility to serve.

As directed by the membership, the committee has also reviewed the current make-up of the board and the gaps already existing and created by the upcoming election process. In order to achieve balance, they are recommending the following slate of candidates to be elected by the VNGOC membership:

In addition the following candidates are also eligible for the upcoming elections. Please note that the Nominations Committee’s slate is a recommendation only, and all VNGOC members are free to vote on any eligible candidate they feel would best serve the Board.

Statements from the nominees on their rationale for seeking election and the contribution they can offer to the work of the VNGOC are available at the links above.

Due to the continued restrictions on in-person meetings the VNGOC Board has decided that all of the meetings during the 65th CND, including the VNGOC Annual General Assembly and the Informal Dialogues, will be online events this year.

A separate vote for each of the Board positions will be conducted online between 14th March 2022 and 17th March 12022 in the following order: Deputy Chairperson, Treasurer, and Secretary. A simple majority of those voting will be required to elect the Board.

Only VNGOC member organisations in good standing (i.e., having paid their 2021 and 2022 membership fees or, if exempt, submitted the annual commitment forms) may cast one vote for each of the Board positions. Members in good standing must select one representative to vote for their organisation by emailing the name and email address of the voting representative to info@vngoc.org before Wednesday, 9th March 2022, 3pm Vienna. The representative will receive a voting key from the platform electionrunner.com for each of the three positions.