Among the estimated 16 million people injecting drugs worldwide, one in five are likely to be HIV positive. Sharing contaminated needles and syringes is one of the quickest and easiest ways of getting and transmitting HIV. To mark World AIDS Day on 1 December, UNODC is launching a website, www.unodc.org/thinkaids, to help raise awareness of this fact and to provide information for young people, who are at the centre of the HIV epidemic.

An estimated 25 per cent of the 38.6 million people infected with HIV worldwide are between 15-24 years of age, and half of all new HIV infections are among this age group. In some parts of the world, and in some marginalized sub-groups, the most frequent modes of HIV transmission for these young people are unsafe injecting drug use and unsafe sexual activities.

Because young people are also often more likely to use drugs, UNODC is targeting this population with a campaign to raise awareness about drug use and its connection to the spread of HIV and AIDS. The slogan: “THINK BEFORE YOU START … BEFORE YOU SHOOT … BEFORE YOU SHARE” is the message UNODC is using to provoke young people to consider the implications of using drugs, and particularly injecting drugs.

The campaign website offers a range of materials, including a poster and fact-sheets, and a video spot linking the sharing of needles to the spread of HIV, and the risks of having unprotected sex with injecting drug users. 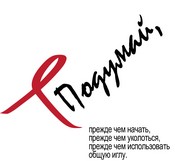 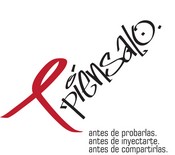 © 2021 Vienna NGO Committee on Narcotic Drugs.
We use cookies on our website to give you the most relevant experience by remembering your preferences and repeat visits. By clicking “Accept All”, you consent to the use of ALL the cookies. However, you may visit "Cookie Settings" to provide a controlled consent.
Cookie SettingsAccept All
Manage consent