Second Edition of the Standards of Prevention 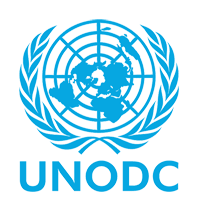 UNODC is updating the Standards of Prevention and is looking for Civil Society input.

The Standards of Prevention were originally launched in 2013 and the review of the evidence, the standards are based upon, took into consideration studies published prior to 2012. UNODC is now updating that review and taking stock of the recent developments in prevention research, for creating a second edition of the Standards.

Take a look at the Concept Note to learn more about the process and the work scope.

The call has been disseminated amongst all Member States who have nominated experts. In addition leading researchers were contacted as well as sister organisations of UNODC that have been working on prevention of drug use (at national, regional and international level, both governmental and non-governmental).
UNODC also wants the input of as many NGOs as possible. We therefore ask you take look at the following three issues and send your answers to Giovanna Campello and Hanna Heikkila

We need  everybody’s input on these three issues:

Please fill in the questionnaire and send it to:
Giovanna Campello (giovanna.campello[@]unodc.org) and Hanna Heikkila (hanna.heikkila[@]un.org)
The questionnaire is in English, but can be filled in in any official UN language (Arabic, Chinese, English, French, Russian and Spanish).

All feedback will be very valuable for guiding the literature review, and we very much look forward to the active participation of as many civil society organisations as possible.

Thank you for your input!